While overall California home sales declined last year, the number that sold for $1 million or more in 2010 rose for the first time in five years as certain segments of the economy improved and high-end home shoppers went bargain hunting, a real estate information service reported. 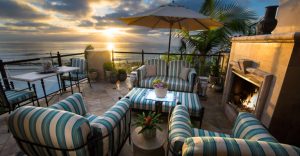 “Prestige home buyers respond to a different set of motivations than the rest of us. Their decisions are less dependent on jobs, prices and interest rates, and more on how their portfolio is doing. When the financial world was full of uncertainty a couple of years back, and the jumbo loan market dried up, luxury sales plummeted. As the economy started its top down recovery, some wealthy buyers went looking for a bargain,” said John Walsh, DataQuick president.

Last year 3,380 of the homes that sold statewide for less than $1 million had previously sold for $1 million or more, based on a public records analysis of transactions where necessary information was available for both sales. The median date of the prior sale was April 2006; the median price decline between the 2010 sale and the prior sale was $416,500, translating into a median price drop of 34.6 percent.

The million-dollar transactions include home sales where it could be determined from public records that there was a buyer, a seller, that money changed hands, and that there was a legal transfer of property ownership. Not included were property swaps, sales of multiple lots, sales where no price or loan amount was available, teardowns, and large farm or ranch properties. Sales to companies and trusts were included.

The most expensive confirmed purchase last year, based on public records, was a 35,378-square-foot, 15-bedroom, 7-bathroom Bel Air (Los Angeles) house built in 2007 which sold for $50,000,000 in June. Set on about 2.2 acres, it was the state’s largest million-dollar home sold last year. Among the communities where the vast majority of home sales were $1 million-plus last year: San Marino in Los Angeles County, Los Altos in Santa Clara County, Atherton and Hillsborough in San Mateo County, and Rancho Santa Fe in San Diego County.

Newly-built homes accounted for 5.9 percent of last year’s $1 million- plus sales, down from 6.5 percent in 2009. Condo sales made up 8.0 percent of the million-dollar category last year, down slightly from 8.3 percent the year before. Most $1 million-plus condos were sold in Los Angeles, San Francisco and San Diego counties.

Mirroring a marketwide trend, mortgage defaults eased in many million-dollar neighborhoods in 2010. The number of notices of default filed by lenders fell nearly 32 percent last year compared with 2009 among defaulting homeowners who had original loan balances of $800,000 or more. Many of those homeowners would have paid at least $1 million for their homes.

Last year saw a 14 percent increase from 2009 in the number of cases where the homeowner owed at least $1 million (including the outstanding mortgage balance and any fees) at the time the home was lost to foreclosure. The increase reflects higher mortgage default levels back in 2009, which translated into more foreclosures in 2010.

There are about 8.6 million houses and condos in California. Of those, 233,006 are assessed for a million dollars or more by county assessor offices, down 3.5 percent from 241,456 in 2009, DataQuick reported.

Next article
Real Estate: It's Time to Buy Again