WHERE DO PEOPLE GET MONEY TO BUY CALIFORNIA HOMES THESE DAYS? OFTEN, FROM MOM AND DAD

The generation that likely had the most to lose during the crash in the housing market appears to have gained the most household wealth since 2007.

MAKING SENSE OF THE STORY 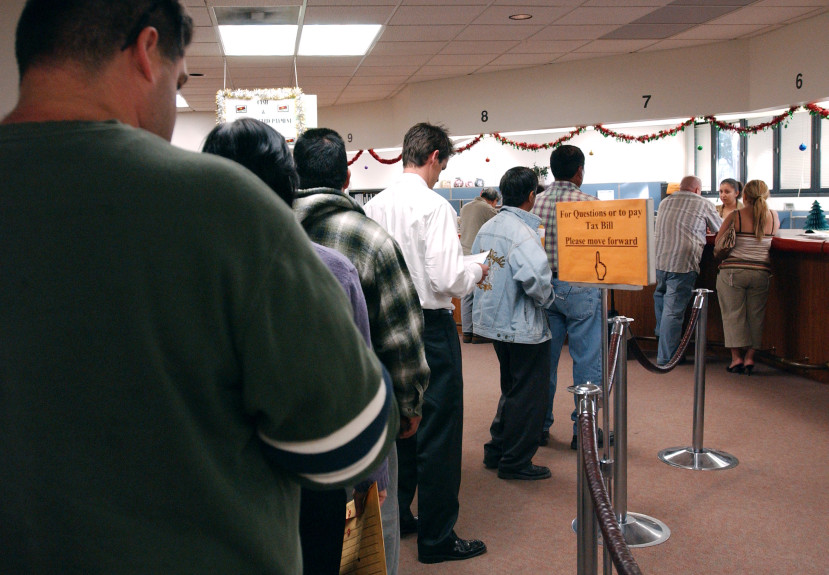 Taxpayers line up to remit their property taxes in Santa Ana. Property tax assessments his a post-recession high in some areas this year. (File photo by the Orange County Register/SCNG.)

But their tax increases would be worse – substantially worse – were it not for Proposition 13, the 1978 tax measure that caps tax assessments at just 2 percent a year, even though home values are up around 7 percent in the past year.

That means a typical Southern California owner who bought his or her home a decade ago likely will see the “base” tax rise about $77 this year, to around $4,000.
The new assessments will apply to property taxes due in two installments next December and April.

The value of all taxable property in Southern California hit $2.6 trillion this year, up 6.5 percent or $160 billion from a year ago, numbers from local assessors offices show. A portion of those assessments also include such “personal property” as business machines, planes and boats, but those items account for just 5 percent of the total.

The increase means relatively small tax hikes for owners of homes and buildings, but huge gains for the coffers of cities, county governments, schools and other institutions relying on property taxes like water districts and libraries. It’s also a shot in the arm for police, firefighters and public health agencies.

The assessments, for the most part, are a snapshot of where real estate markets stood at the end of last year and the start of 2018, the period upon which property tax assessments are based.

Mortgage applications hit a near four-year low in July dropping for the third month in a row with a 1.8 percent decrease in applications during July.

So, what’s behind the dwindling demand for mortgages? Lots of things.

Interest rates have been on the rise for a long time, and while the Federal Reserve did not raise rates in its July-August meeting, experts expect that it will raise rates twice more by the end of the year. At the same time, inventory is painfully tight, which is driving home prices way up and putting a chill on buyers’ opinion of the housing market.

A recent study from Trulia shows that the profitability of buying a home has fallen to a six-year low, meaning that for many Americans it is making less and less financial sense to buy a home.

All of this adds up to a home buying sentiment that is dropping close to a 10-year low, and many Millennials say they’ve lost hope in the idea homeownership.

HOW AGENT GREW HIS BUSINESS BY 267% IN 2 YRS TO EARN OVER $8 MILLION GCI and become the #1 Agent in California, #5 US & #6 Worldwide – “Hard work didn’t always translate into the kind of life I yearned for, but my life turned around (Continue…)

Hundreds of families displaced by Northern California’s fires could face another challenge to rebuilding their homes — a persistent shortage of construction workers.

California lost nearly 20 percent of its construction work force between 2005 and 2016, according to a study released this week by Buildzoom, a web site that connects property owners and contractors. And more than 40 percent of construction job postings in the state remain unfilled for at least six weeks, according to the study, the third longest wait in the nation.

Families rebuilding after last year’s devastating Wine Country wildfires have felt the pain. The high demand for workers has resulted in rising prices and delays, despite an influx of general contractors from the Bay Area and beyond. Analysts believe the destruction of the latest round of wildfires will put even more pressure on a strained construction industry. 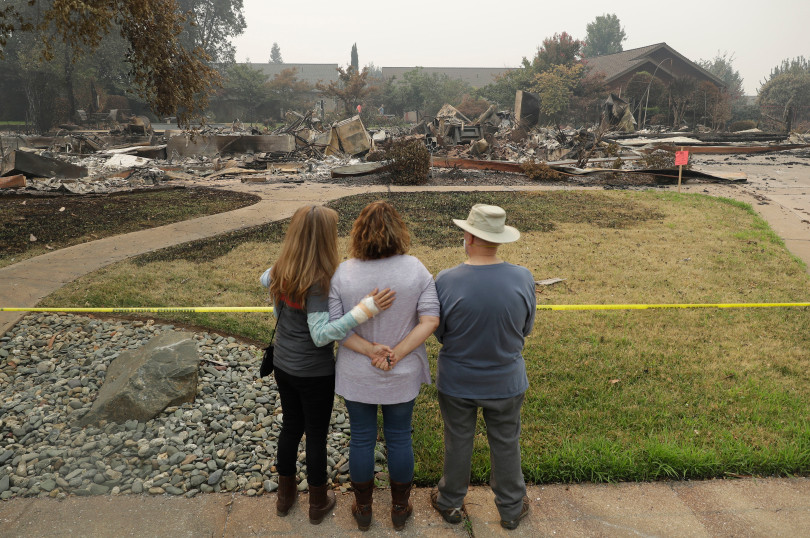 The Carr fire has claimed more than 1,000 homes, while the ongoing Mendocino Complex fire has taken dozens more, according to Cal Fire. The Wine Country fires in October destroyed nearly 9,000 structures, including thousands of houses and other residences.

The Bay Area already lags far behind its need for new homes. A study by the Silicon Valley Leadership Group estimated the region created six times more jobs than homes between 2010 and 2015.

4 in 5 transactions are saved from falling out of escrow when using C.A.R.’s Finance Helpline. Let C.A.R. assist you in better serving your clients! Call (213) 739-8383 or click here to get started!

WHERE HOME IMPROVEMENT LOANS ARE HOT

San Jose, Calif., ranked second on LendingTree’s list of the 50 largest U.S. cities by volume of home improvement loans issued to homeowners. Analysts say the city’s high home prices and tight inventory have benefited current homeowners, who are seeing a rise in equity that they can then apply to bettering their homes.

“In the existing market, there is a shortage of current owners willing to sell, in part because it can prove challenging to find another house to buy while you sell or once you sell your home,” says Tendayi Kapfidze, chief economist at LendingTree. “In lieu of moving, many homeowners choose to improve their current homes and, for larger projects, homeowners may take out a loan to finance the renovation.”

REimagine! passes available now! Flip the switch, California REALTORS®. Immerse yourself in new experiences, be bold, and shake things up. Register at reimagine.car.org.

MILLENNIALS CREATE NEW TREND: COUPLES WHO DON’T WANT TO RUSH TO MARRY, BUT STILL WANT TO BUY A HOUSE

Marriage and homeownership have long gone hand in hand. If you’re a husband or a wife, your likelihood of owning property swells by nearly 20 percentage points, according to the Urban Institute.

But millennials, born between 1981 and 1997, are less likely to get married than their parents and grandparents, and when they do, it’s often later in life.

In 1960, the average age women and men first married was in their early 20s; today, the median age for a first marriage is closer to 30. Millennials are three times as likely to have never married as members of the Silent Generation — those in their 70s and 80s — when they were young. 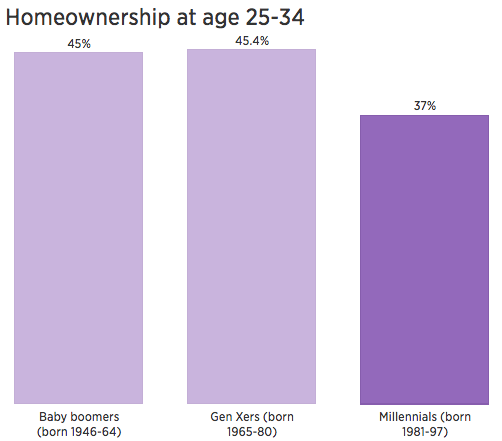 But even without saying, “I do,” many young people still want to become homeowners, to begin building wealth and to walk away from the uncertainty of renting.